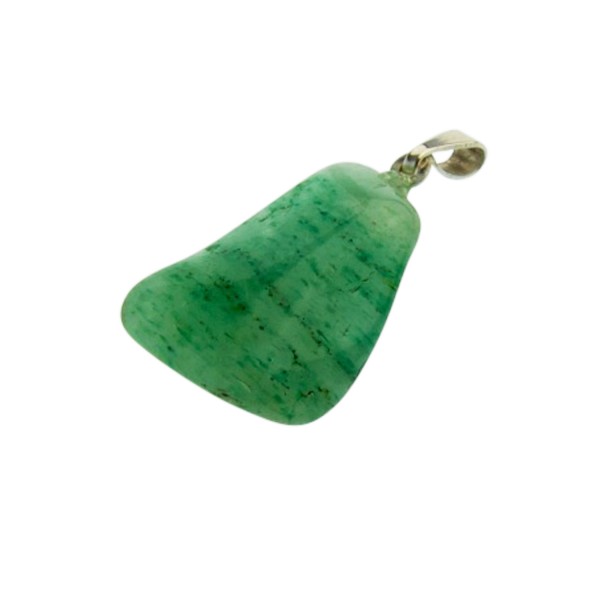 Each stone is unique and can vary slightly in size, shape, color and drawing from the picture.

The aventurine brings calm and balance to our nervous system, as its green color has a calming and relaxing effect on the entire body. This can also help alleviate heart problems caused by excitement or stress.

Whether aventurine quartz is counted among the minerals or the rocks is a question of definition. Traditionally, it is more likely to be considered a mineral.

In Murano near Venice, at the beginning of the 18th century, a red-gold shimmering, opaque glass was produced by chance (Italian a ventura) and in a secret manner, after which the later found, similar-looking quartz variety was named. The artificial product, although softer but of a much more beautiful appearance than the natural one, was preferred.

Green aventurine glass was first produced in 1865 by the French chemist Pelouze and has since been processed in increasing quantities into jewelery in French factories.

Note: The effect of gemstones, minerals and crystals has not yet been scientifically recognized. All statements on this page are not intended as a diagnosis or therapy.