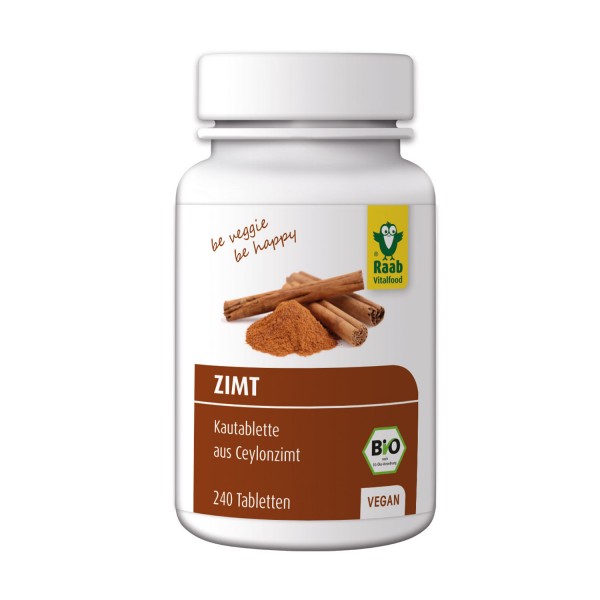 Note: Cinnamon tablets should not be taken during pregnancy or only after consultation with a doctor. Store in a cool, dry place well closed.

Raab Vitalfood uses only the best raw materials and checks all products for residues and the advertised nutrient content.