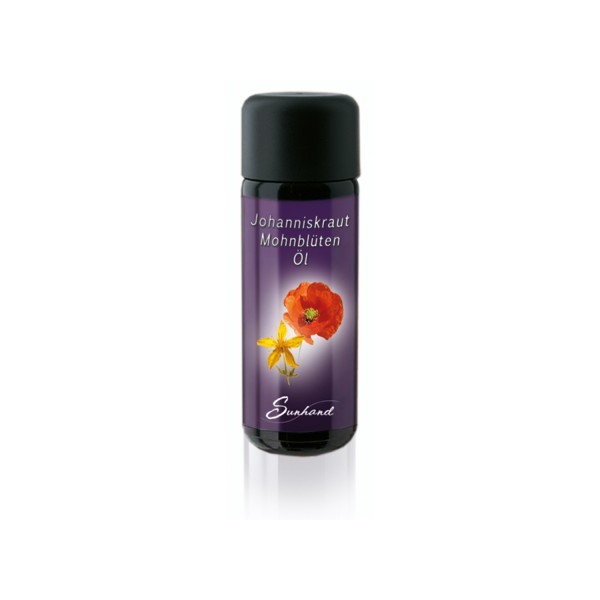 THE COMBINATION OF POPPY BLOSSOMS & AND ST. JOHN'S WORT

CHARACTERISTICS OF THE POPPY BLOSSOM

The commune field poppy (Papaver rhoeas) flowers briefly but beautifully. The soils on which it thrives are dry. As with all plants and minerals, the correspondence resonates with the human type. Growing up on dry ground means a matter-of-fact, but rather body-distant attitude. This is where the properties of the sun-drenched poppy blossom come into play. According to Jakob Lorber's information, the poppy flower oil is lovingly handcrafted from the best, all-natural olive oil and poppy flower leaves, which are collected in the morning. The poppy flower can reduce hardening due to its color character. Furthermore it has proven itself excellently with the most different massage techniques.

St. John's wort is one of the most studied plants. It has proven to be even more effective than expected. It has been used in a variety of ways since ancient times. St. John's wort, produced according to helioenergetic principles, is a relative novelty. It is put in quartz glasses (UV-permeable) with pure, cold-pressed olive oil and shaken every hour during the sun exposure. The UV permeability of the glass causes vitamin D to form in St. John's wort, a highly effective vitamin which is important for stimulating many weak states. Since this St. John's wort is also a wonderful bearer of light, it can be used as a sun arcanum. Especially in our winter months, St. John's wort is a perfect internal brightener.
140 hours of tanning.